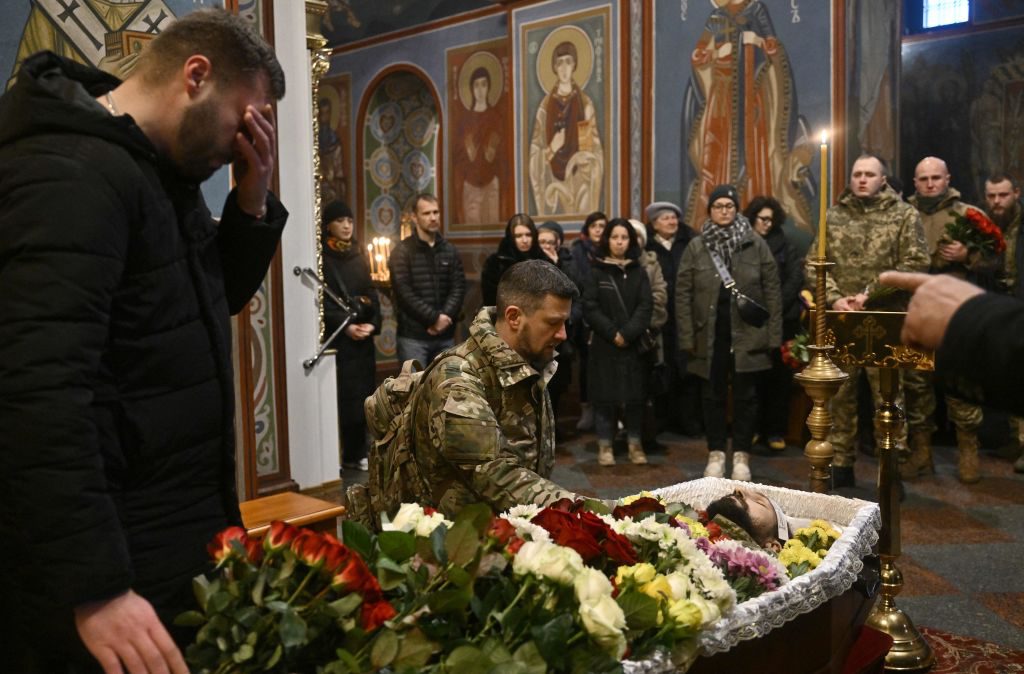 Close relatives and Ukrainian servicemen mourn next to the coffin of Ukrainian serviceman Sergii Myronov during a funeral ceremony at the St. Michael’s Golden-Domed Cathedral in Kyiv on November 23, 2022, amid the Russian invasion of Ukraine. (Photo by Genya SAVILOV / AFP) (Photo by GENYA SAVILOV/AFP via Getty Images)

Russian attacks on Ukraine’s energy infrastructure cause power outages in Moldova. “Russia has left Moldova in the dark. We will fix the technical issues and we will have power again. All state institutions are working towards this,” Moldovan President Maia Sandu wrote on Facebook.

Politico: US concerned Russia could use chemical weapons in Ukraine. U.S. administration officials estimate that Russian dictator Vladimir Putin may use chemical weapons — including those used in the poisoning of Alexei Navalny — in Ukraine before resorting to a nuclear confrontation with NATO if his troops continue to lose occupied territory. The officials stressed there is no intelligence to suggest such an attack in Ukraine is imminent.

ISW: Prominent Russian politicians continue to promote openly genocidal rhetoric against Ukraine. The Institute for the Study of War said in its latest update that Moscow City Duma Deputy Andrey Medvedev posted to his Telegram channel on Nov. 23 a note in which he “categorically denied the existence of the Ukrainian nation, relegating Ukrainian identity to a ‘political orientation.’” Medvedev also called for the total “liquidation of Ukrainian statehood in its current form.” 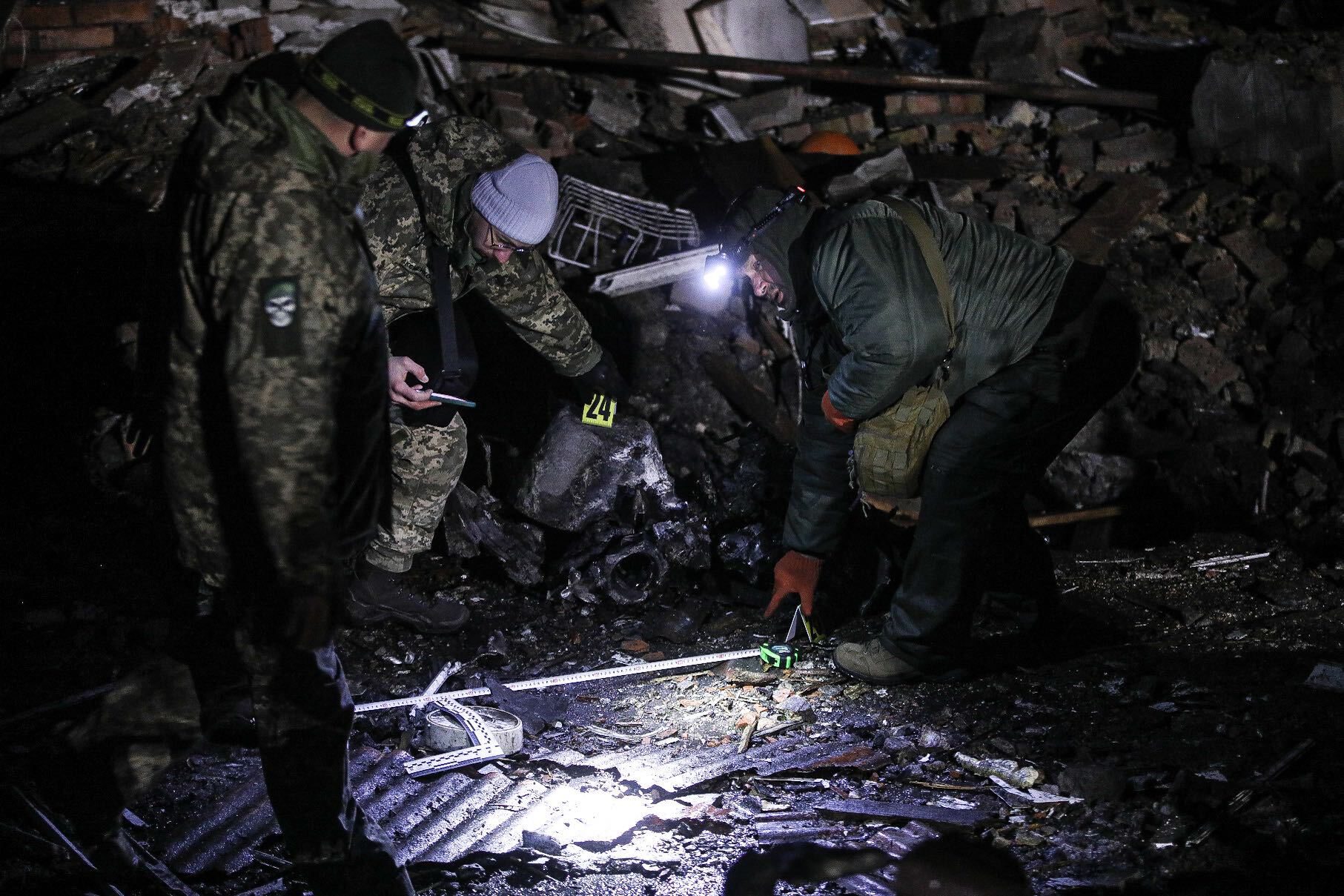 Russia launched yet another large-scale missile attack all over Ukraine on Nov. 23, killing civilians, damaging critical energy infrastructure, and causing blackouts in much of the country, including Kyiv, Lviv, as well as parts of neighboring Moldova. 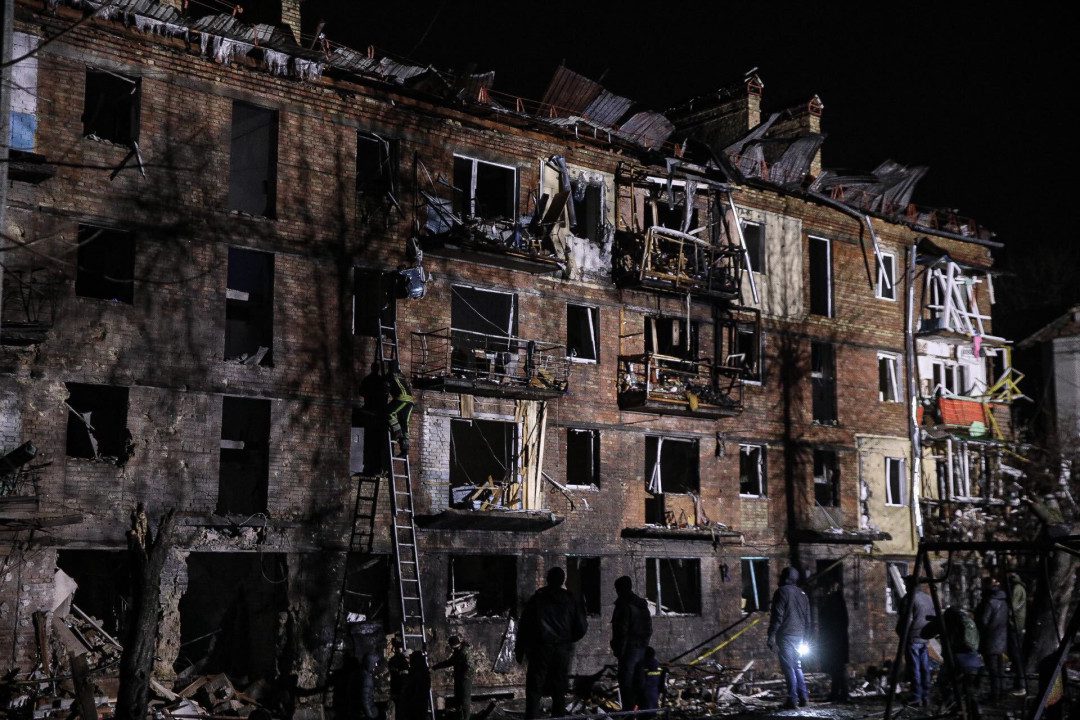 Deadly attack on Vyshhorod residence: ‘I don’t have a home anymore’

Vyshhorod, a town with a prewar population of 30,000 people located just north of Kyiv, came under fire of Russia’s fifth large-scale missile strike on Ukraine’s energy infrastructure since early October. The latest strike caused power outages and halted water supply across the county.

EBRD to provide Ukraine with €372 million for emergency repairs. The European Bank for Reconstruction and Development (EBRD) will inject €372 million into Ukraine’s electricity transmission company, Ukrenergo, in a bid to keep the country’s energy system stable amid winter. The funds will cover emergency repairs of damages caused by Russian bombings.

Poland asks Germany to send Patriot missile launchers to Ukraine’s western border. Polish Defense Minister Mariusz Blaszczak said on Nov. 23 he had asked Germany to send Patriot missile launchers offered to Poland to western Ukraine. “This will protect Ukraine from further deaths and blackouts and will increase security at our eastern border,” Blaszczak wrote on Twitter.

New York Times: Pope Francis compares Russia’s war against Ukraine to Holodomor. Pope Francis compared Russia’s war against Ukraine to the “terrible Holodomor genocide,” the famine of Ukrainians by the Soviet authorities, which killed millions in 1932-1933. According to the New York Times, this was the pope’s strongest condemnation of the Russian invasion to date.