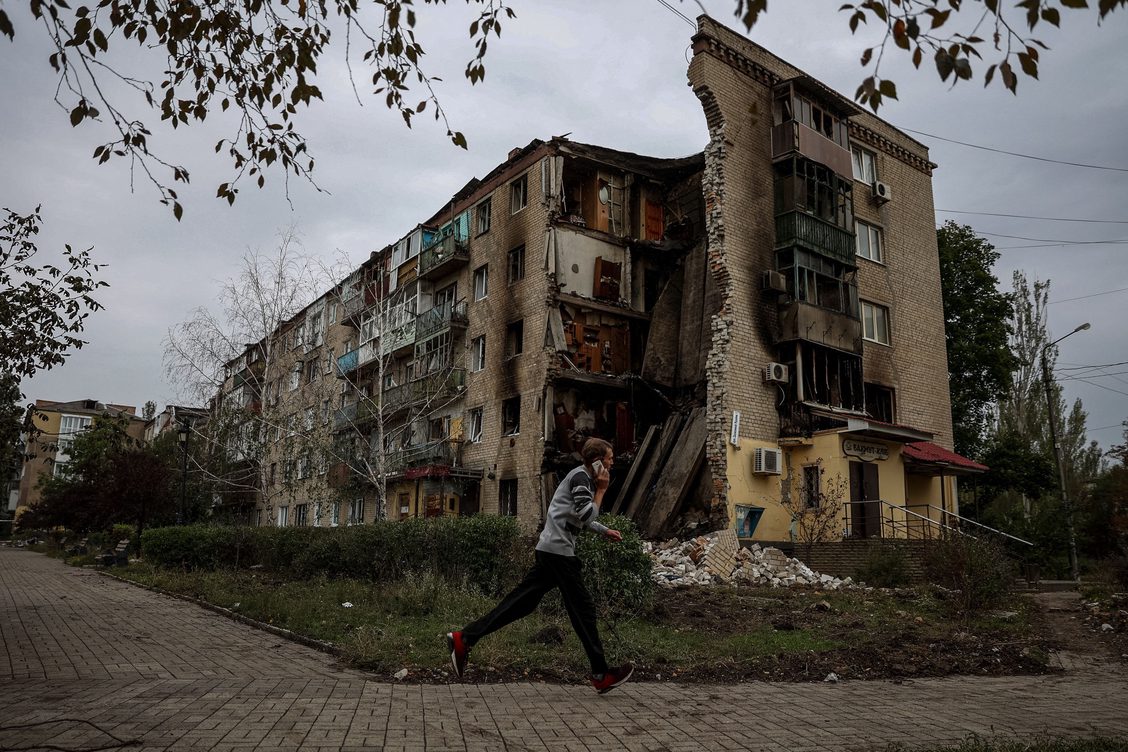 A man runs in front of a destroyed apartment building in Bakhmut, Donetsk Oblast on Sept. 26, 2022, amid Russia’s full-scale invasion of Ukraine. (Photo by Anatolii Stepanov/ AFP via Getty Images)

Zelensky: Russia uses criminal mobilization to exterminate indigenous groups. “Criminal mobilization is used by Russia not only to prolong the suffering of people in Ukraine and to further destabilize the world, but also to physically exterminate men - representatives of indigenous peoples” who live in temporarily occupied territory, Zelensky said in his nightly address on Sept. 25.

Ukraine’s military: Russia saves money replacing high-precision missiles with Iranian drones. Russia fires fewer expensive missiles, as in some cases it can now replace them with cheaper Iranian drones, according to Ukraine’s Air Force spokesperson Yurii Ihnat. According to him, Iran could have sold “several hundred” kamikaze drones to Russia.

Mayor: Melitopol residents forced to vote in ‘referendum’ for absent relatives, neighbors. The exiled mayor of Melitopol, a Russian-occupied city in Zaporizhzhia Oblast, Ivan Fedorov said on Sept. 26 that Russian occupation authorities are going door-to-door to make locals vote instead of their family members and neighbors who evacuated due to the “catastrophically low turnout.”

Russian collaborator: After ‘annexation,’ Russia to send Ukrainians from occupied territories to war. Russian-installed proxy in the occupied parts of Zaporizhzhia Oblast Yevhen Balytskyi said on Sept. 26 that local “volunteers” will join the Russian army in its fight against Ukraine following the sham referendum on joining Russia.

Zelensky: Donetsk Oblast is Ukraine’s main priority. In his nightly address, President Volodymyr Zelensky said that Ukraine is doing everything to curb Russian activity in Donetsk Oblast. “Constant attempts of the Russian offensive in the Donetsk region will surely go down in the history of wars as one of the most cynical murders of one’s own soldiers,” he also said.

General Staff: Occupied parts of Kherson Oblast closed for entry and exit. The General Staff of Ukraine’s Armed Forces reported in its Sept. 27 update that Russian occupying forces have “completely closed” the occupied parts of Ukraine’s southern Kherson Oblast for entry or exit. The Ukrainian government earlier urged residents to evacuate among Ukraine’s unfolding counteroffensive in the area.

Reuters: Kremlin says no decision yet on banning men of conscription age from leaving country. In response to a question about the border being closed, Kremlin spokesman Dmitry Peskov told reporters on Sept. 26: “I don’t know anything about this. At the moment, no decisions have been taken on this,” Reuters reports. Earlier, independent Russian media outlet Meduza reported, citing two sources in the Kremlin, that a ban on military-aged men leaving Russia would come into effect on Sept. 28. 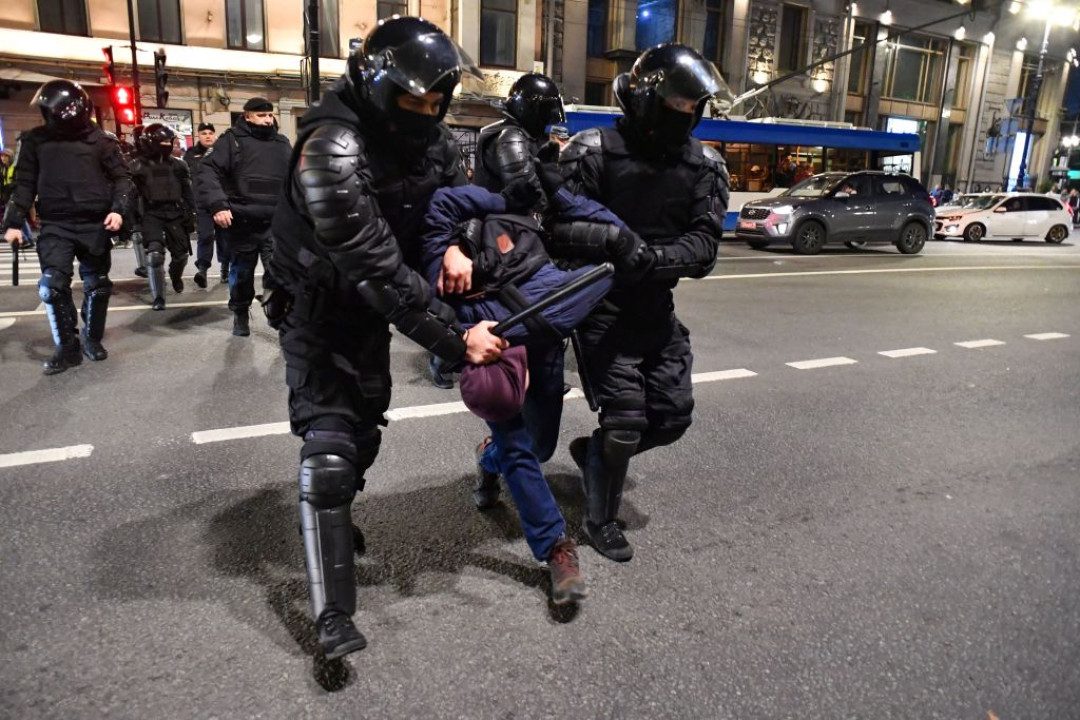 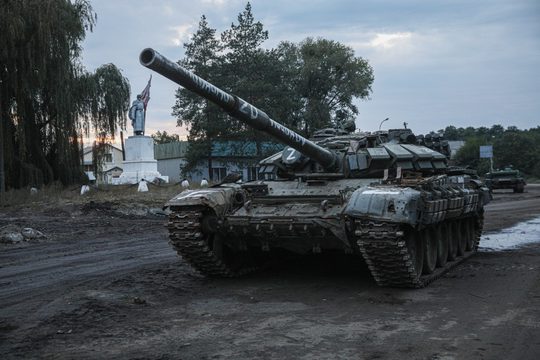 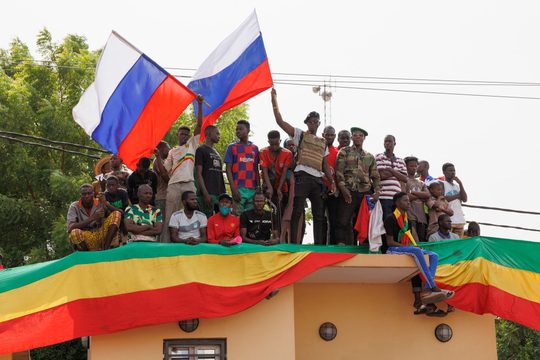 As Ukraine looks West, Russia wins over Africa. Since its independence, Ukraine’s diplomatic efforts have focused primarily on looking West. Meanwhile, Russia has set its sights all over the world.

Russian missile strike kills 7 people in Pervomaiskyi, Kharkiv Oblast. The Kharkiv Oblast State Emergency Service noted that a 15-year-old child is among those killed in the Russian attack on Sept. 26. Rescue operations are reportedly underway.

US to provide over $450 million for Ukraine’s civilian security. “The United States will provide an additional $457.5 million in civilian security assistance to save lives and bolster the capacity of our Ukrainian law enforcement and criminal justice partners,” U.S. State Secretary Antony Blinken wrote on Twitter on Sept. 26. “We share their commitment to a democratic, independent, and sovereign Ukraine.”

Reuters: US Congress negotiators include $12 billion in additional aid to Ukraine in draft bill. The new aid to Ukraine was in response to a request from the Biden administration, reports Reuters, citing a source familiar with the issue.

Nord Stream 2 leaks into Baltic Sea. Danish authorities have instructed ships to avoid the Danish island of Bornholm following a gas leak into the Baltic Sea from the defunct Russian-owned Nord Stream 2 pipeline on Sept. 26. The pipeline had been newly completed and contained 300 million cubic meters of gas prior to Germany canceling it before Russia’s full-scale invasion of Ukraine. Denmark’s Energy Ministry has yet to comment on what caused the pipeline’s pressure to drop. Investigations are underway.